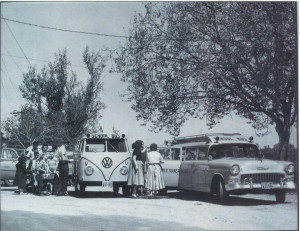 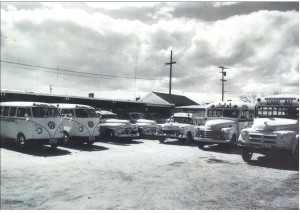 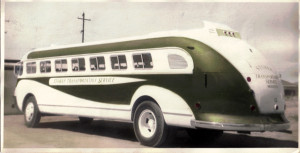 In 1952, Storer Transportation Service was founded because there was a need for transportation services for the newly developed Special Education programs being developed for children throughout Stanislaus County.

Walter and Gladys Storer submitted a bid to transport 13 physically handicapped children from their residences to the Washington School site. The contract was for the period of one calendar school year. Shortly thereafter, STS was contracted to transport the mentally disabled to the old Prescott School site. In subsequent years, the addition of the visually and hearing impaired students were also transported as part of this contract.

Walter Storer and his son, Warren, were pioneers in the development of the door to door school bus service for handicapped students. The original fleet consisted of modified station wagons and stretch limousines. These vehicles were purchased and painted school bus yellow and flashing red lights were installed on the roofs, creating the most ingenious looking school buses ever to be seen in these parts.

These modified buses served their purpose well until the late 1950’s, when the Volkswagen Micro Bus was brought to the American market, at which time STS purchased a fleet of 23. In 1967, Warren Storer modified one of STS’s vans by installing an electric, hydraulic lift onto the rear of the van and thus created the first wheelchair bus in California. The evolution of STS buses is indicated by the attached photographs from 1953 through the present. Over the years, STS has diversified its operations to include Para-Transit (Dial-A-Ride) contract services, and operates a deluxe fleet of Tour Buses. Today, the Storer Companies operate approximately 350 vehicles and have over 500 employees. Storer now serves San Francisco and the entire Northern California region as well. Reserve a bus online or contact us today!